What happens on the Internet every 60 seconds? 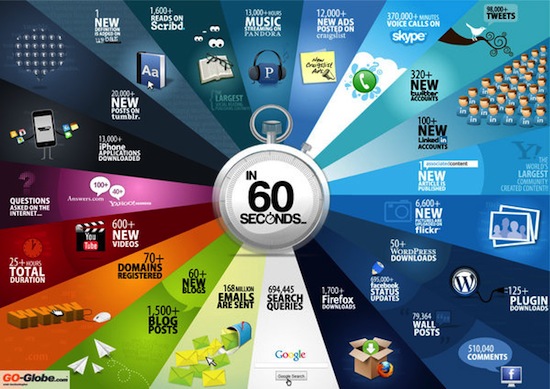 This is what’s happening every minute on the internet:

The infographic above and numbers come from the Shanghai Web Designers team. I don’t know where they got the numbers but they seem reasonable. I wouldn’t be surprised if these numbers double or triple in the next 5 years.