Google Streetview Easter Egg… Click this link to the map of Earl’s Court Road, then click the double-white arrows directly in front of the call box. Immediately you will go inside the Doctor’s famous time machine.

Earl’s Court Road is home to one of London’s last remaining police boxes – familiar to millions because it looks just like the exterior of the Doctor’s TARDIS.

A TARDIS (Time and Relative Dimension in Space) is a time machine and spacecraft in the British science fiction television show Doctor Who. The Doctor’s TARDIS looks like a 1960s-era London police box. The interior of a TARDIS is much larger than its exterior (“It’s bigger on the inside”). 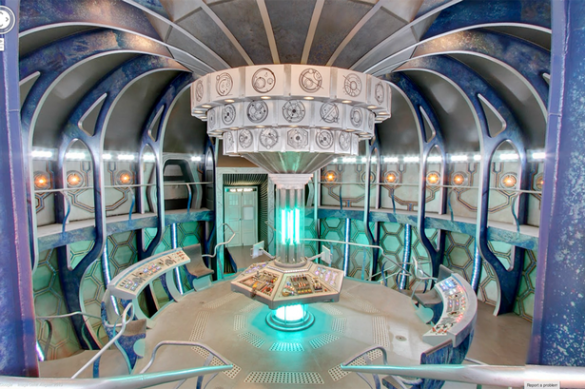