To celebrate the 100th anniversary of its famous “bowtie” logo, Chevrolet has released a cool graphic and a ton of photos charting the symbol’s evolution, along with a bit of official history.

The Chevy bowtie was introduced in 1913 by co-founder William C. Durant on the 1914 Chevrolet H-2 Royal Mail and the H-4 Baby Grand. The logo was placed at the front and center of both models. Since then it has adorned 215 million Chevrolet vehicles. 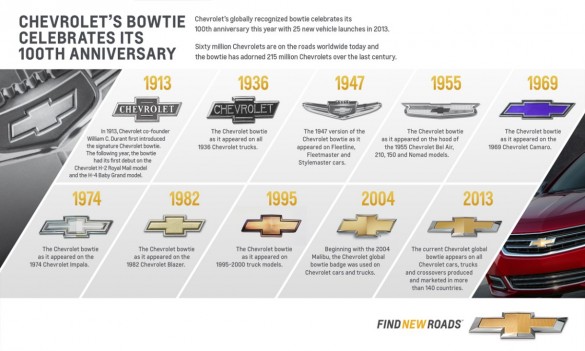 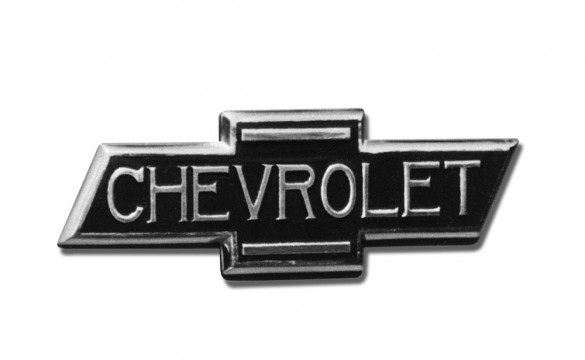